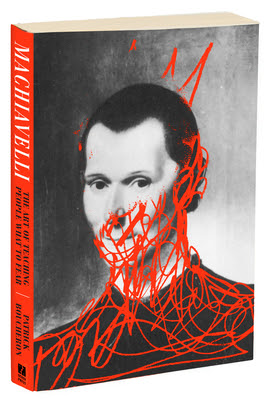 It was Machiavelli's luck to be disappointed by every statesman he encountered
throughout his life—that was why he had to write The Prince. If the book endeavors
to dissociate political action from common morality, the question still remains today,
not why, but for whom Machiavelli wrote. For princes, or for those who want to resist them?
Is the art of governing to take power or to keep it? And what is “the people?”
Can they govern themselves? Beyond cynical advice for the powerful,
Machiavelli meditates profoundly on the idea of popular sovereignty,
because the people know best who oppresses them.https://www.malaprops.com/search/site/machiavelli%20boucheronWhatever you decide about Machiavelli,
this book demands a take no prisoners Tuscan Wine!
I asked Brett Watson for a wine that punches back  and he suggested:

Word has it that the original farm of the Rodano family dates back to the middle ages.
Word also has it that Machiavelli used to be their head winemaker.  (Not true nor do I have any proof)  That out of the way, Rodano's Poggialupi, Sangiovese dominated, "SuperTuscan"
(such an ugly word for such pure Sangiovese out of Chianti)
takes NO prisoners.  I've long loved the idea of showcasing the classic purity of old-world grapes
such as Sangiovese and so does Rodano.  They have however decided to add a touch
of Cabernet and Merlot to such stunning Chianti based fruit and not with a heavy hand whatsoever.
This 2016 result is a stunning, balanced and entirely noteworthy Tuscan blend
that is a sexy as it would be intimidating on a medievel battle field.