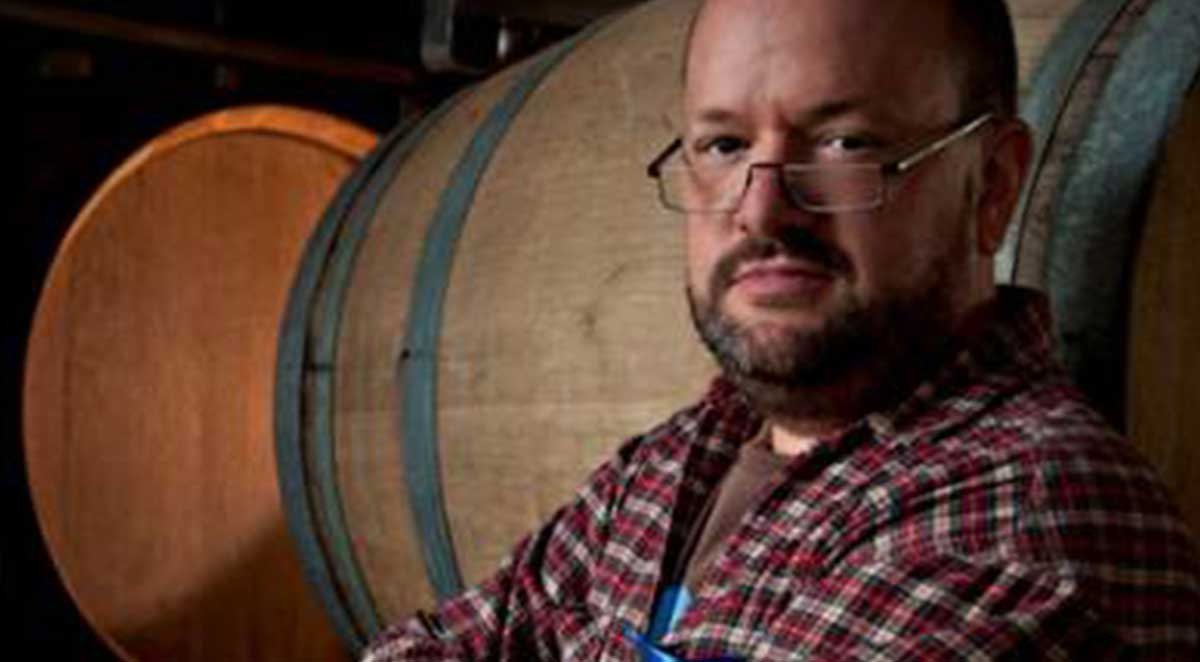 Mike Merriman was @MetroWines on February 19th. He poured his Chenin Blanc and Pinot Noir. The very first barrel of wine bottled by Merriman received 90 points from Wine Spectator. And his wines have just continued to garner higher ratings and smashing reviews.

Mike was a good sport and agreed to an interview.  In what we hope will become a regular feature here @MetroWines, check out the first interview for "UNFILTERED":

Interview with Mike Merriman, owner of Merriman Wines. He joined us here @MetroWines in  Asheville, North Carolina, for a tasting of Merriman Chenin Blanc, Cummins Road Pinot Noir 2012 and Merriman Estate Pinot Noir 2012.  His beard was gone and he had new glasses. Here’s the rest of the story:

Thank you for pouring at MetroWines in Asheville, North Carolina. We are a neighborhood wine shop but also the home of The Asheville School of Wine and  The Blind Tasting League.

Do you blind taste?

Mike: I love to blind taste.

What’s in this bottle?

Mike: Could be Eucalyptus but I’m going to say Frankincense.

Unbelievable. You must be one amazing blind taster!

Mike: Not really. Blind tasting is tough. A group of Oregon Winemakers get together periodically in Portland, sit around a table, and blind taste each other’s wines.  Not one of us can self identify. One night, one of the winemakers described a wine as the most amateurish swill he had ever tasted. It was his wine.

Let’s talk about how a highly regarded winemaker like you got started.  Did you go to U.C. Davis?

No way! Me too. I have a degree in Communications. What does a wine guy study at SMU? Botany? Punnett Squares?  The Medici?

Mike: No. Eastman School of Music in Rochester, New York.

Wow. Is that what you would be doing if you were not making wine? Some kind of music?

Mike:  Definitely. I am a composer. I would probably be a music theory teacher.

Without getting too technical, music theory, as I understand it, is the study of the elements of a composition all the way through to what constitutes music.

And word is that you make your own music. They say that you play a mean piano.  Besides your own compositions, whose work makes you turn up the volume?

But did you know that you can get a Philip Glass ringtone?

Mike: No. Adams wrote three operas.  You have probably heard of “Nixon in China” about Nixon’s 1972 groundbreaking trip to the country or “Death of Klinghoffer,” the opera based on the hi-jacking of the passenger liner Achille Lauro.

Me? I’m struggling to tell the difference in Mozart and Beethoven. But I trust you. Back to wine. So then you went to U.C. Davis?

Mike: No. I did income tax.

So, your economics degree came in handy after all.

Mike:  Came in handy a couple of times.  I had joined the “Beer Revolution” in Texas and began brewing. This took me to a Fermentation Science course at the University of Oregon in 1997. But, along about this time, beer industry revenues were trending down. I got lucky. On a class field trip, I met David Reilly there who owns Owen Roe. He took me to a harvest. I loved it. The rest is history.

Are you the winemaker?

Mike: One of two. I work with Eric Brasher, a trained oenologist and viticulturalist, who was the head winemaker at Owen Roe.

What do you want consumers to know about your wine?

Mike: The way the wines are made. The grapes are hand picked and hand sorted and the wine is made in small quantities. Even the wax on the bottle is hand dipped. We use only sustainable viticultural practices. And we are certified Salmon Safe which means our farming practices help to protect streams and rivers and control soil erosion.

Speaking of soil, some say your soil is what gives your Pinot Noir its distinct taste

Mike: We have willakenzie soil which is sandy and rocky. You could say that the marine influences in willakenzie certainly contribute to deeper blue fruit but there are many factors in addition to soil that account for aromas and flavors.

Now that you are solidly a part of the wine making business, if you could, what would you like to change about the industry? For more information, check our website.

Mike: The three tiered system. I would like to sell directly. Give consumers more options.

Who would you like to know drinks Merriman Wines?

Do you ever think about brewing again

Mike: No, but I still love a good saison.

A good saison goes with what movie?

Your first wine received 90 points from Wine Spectator and the ratings and reviews have just gone up since then. Congratulations. Anything else we should know?

Tagged under
back to top